After 4 intensive days in the race, Sportovia Team (Justyna Frączek, Maciek Dubaj, Maciek Mierzwa i Łukasz Warmuz) had no other option but to quit. Due to severe weakness and altitude sickness of Łukasz above 3500 m a. s. l., our team had to ask the assistance of mountain rescuers and a doctor. Łukasz is eventually alright but for some time the situation looked really scarry and dangerous.

The AR World Championships started really well for our team. After the first few sections (MTB, trekking and 2 long kayak stages) they were 6th, only 2 hours behind the leaders. Unexpectedly, it was when the problems appeared. Łukasz faced severe stomach issues but despite loosing power, the team managed to complete the long and hilly MTB stage on 10th. Having consulted the doctor, Łukasz received electrolites and was able to eat and rest for a few hours. Everything seemed to be going well again.

The Polish team started the trekking section, climing the highes peak of the Central America: Chirripo, 3820 m. However, while ascending, about 800 meters below the summit, Łukasz started to experience altitude sickness. Few hours later, the team had to call for the rescue team to provide some medicine and assistance for Łukasz. His condition improved soon after he received the drip but there were some emotional moments which neither of our racers would like to ever experience. 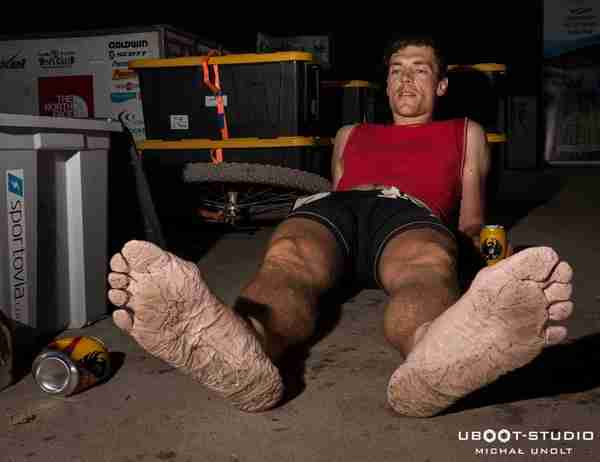 The leading teams, Swidish Thule and the Kiwis: team Seagate, have been on the lead since the beginning of the race. It seems that the title will go to one of them but there are still some days which may change the whole situation. It wouldn’t be the first time in the history of adventure racing.