Ultra Fiord run took place in the very remote region of Chilean Magellanas, directly at the door of the Torres del Paine National Park. From the five courses offered (100 miles, 100k, 70k, 50k and 30k) I decided to go for the 50k – long enough in this harsh and difficult terrain, I thought.

Significant part of 600+ race participants took off from the Hotel Serrano in the Serrano fiord on Friday morning. The weather was just as I like it – temperature around the freezing point, light wind and the sun between the clouds. The course started with 4 relatively flat kilometres and then we initiated climbing to the highest point of the race (862m) at the Chacabuco pass at kilometre 13. On the climb we were surrounded by beautiful fall colours of the Patagonian forrest. The next 7k was the best but also the most technical part of the race. We ran along the Chacabuco ridge, through the snowy rock section, surrounded by breathtaking views of Torres del Paine and other mountain sections. The scenery was magical, with higher peaks covered by snow and gold, orange and red colours of the trees in the valleys. After CP Chacabuco 2 at kilometre 20, a crazy and muddy descent into the valley started, with many swampy sections, river crossings and windy forrest trails. I had to stay really alert to control the route marking and be careful not to trip over sticking out roots and fallen trees. The last 5k was a great pleasure – not that much for tired legs but for the eyes. A wide valley with several meandering rivers and estuaries brought me to the finish line at Estancia Perales, at the gate to the Serranofiord crossing the finish line as the first woman and 5th overall. And afterwards, it was nice to take a short leg bath in the icy waters of The Serrano. 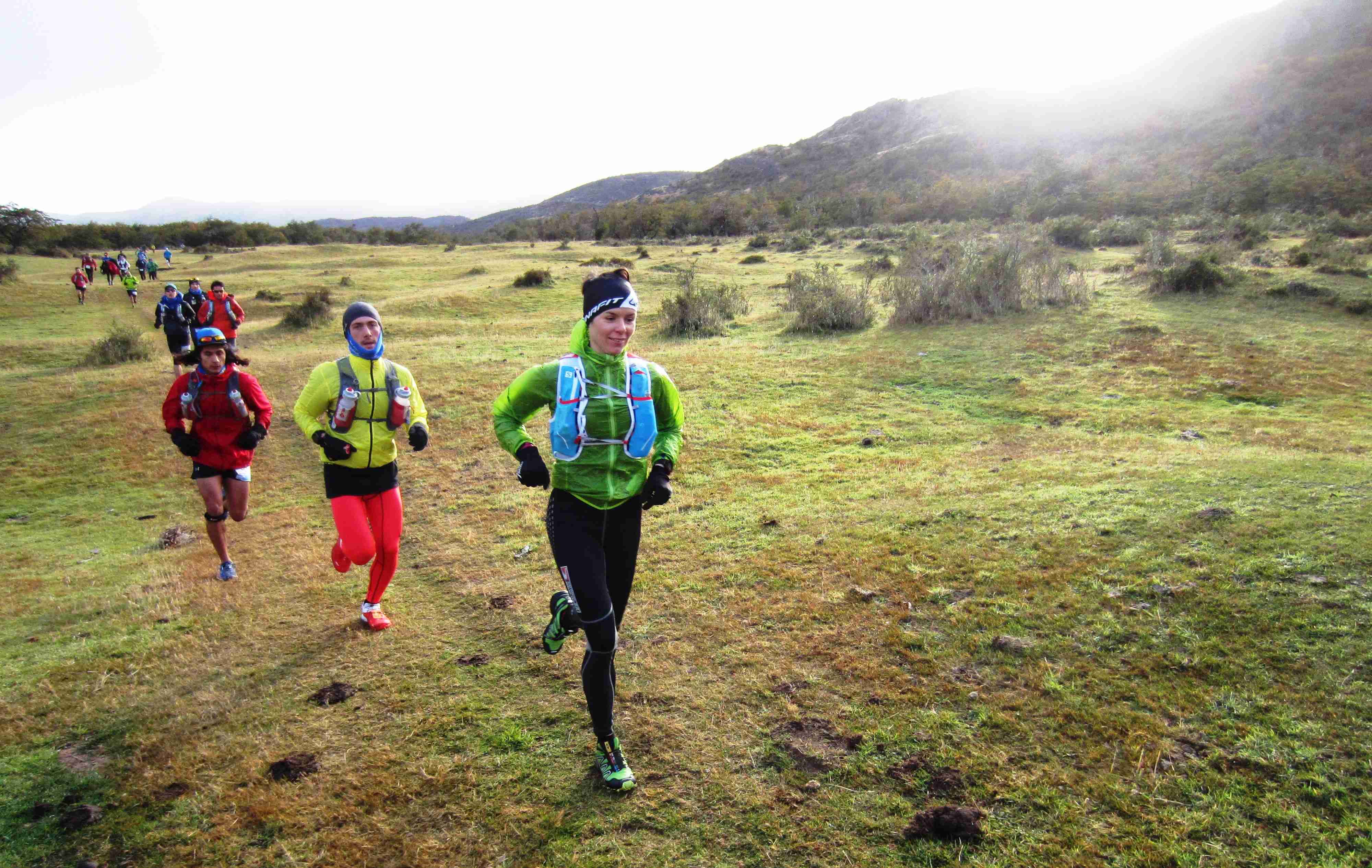 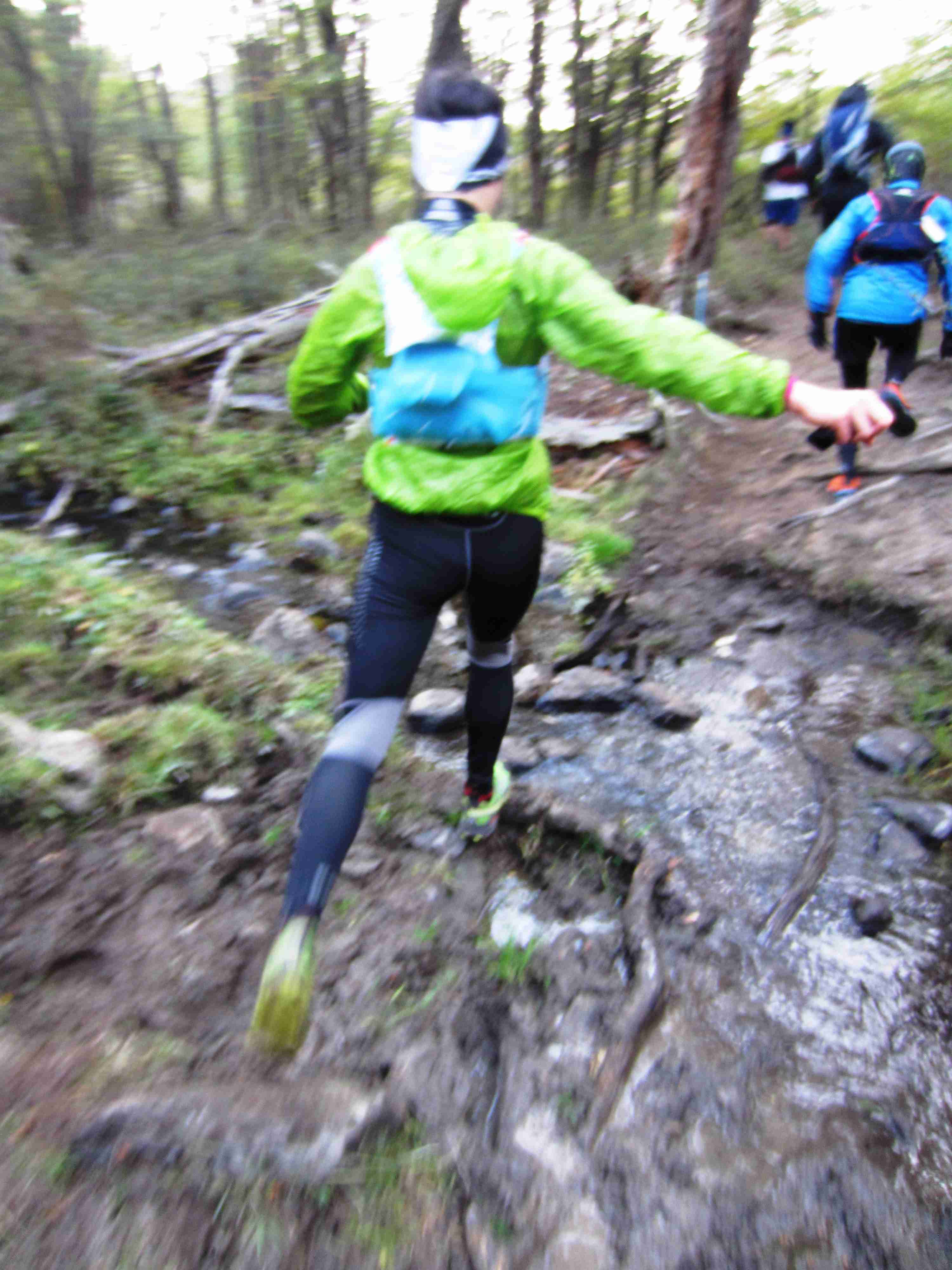 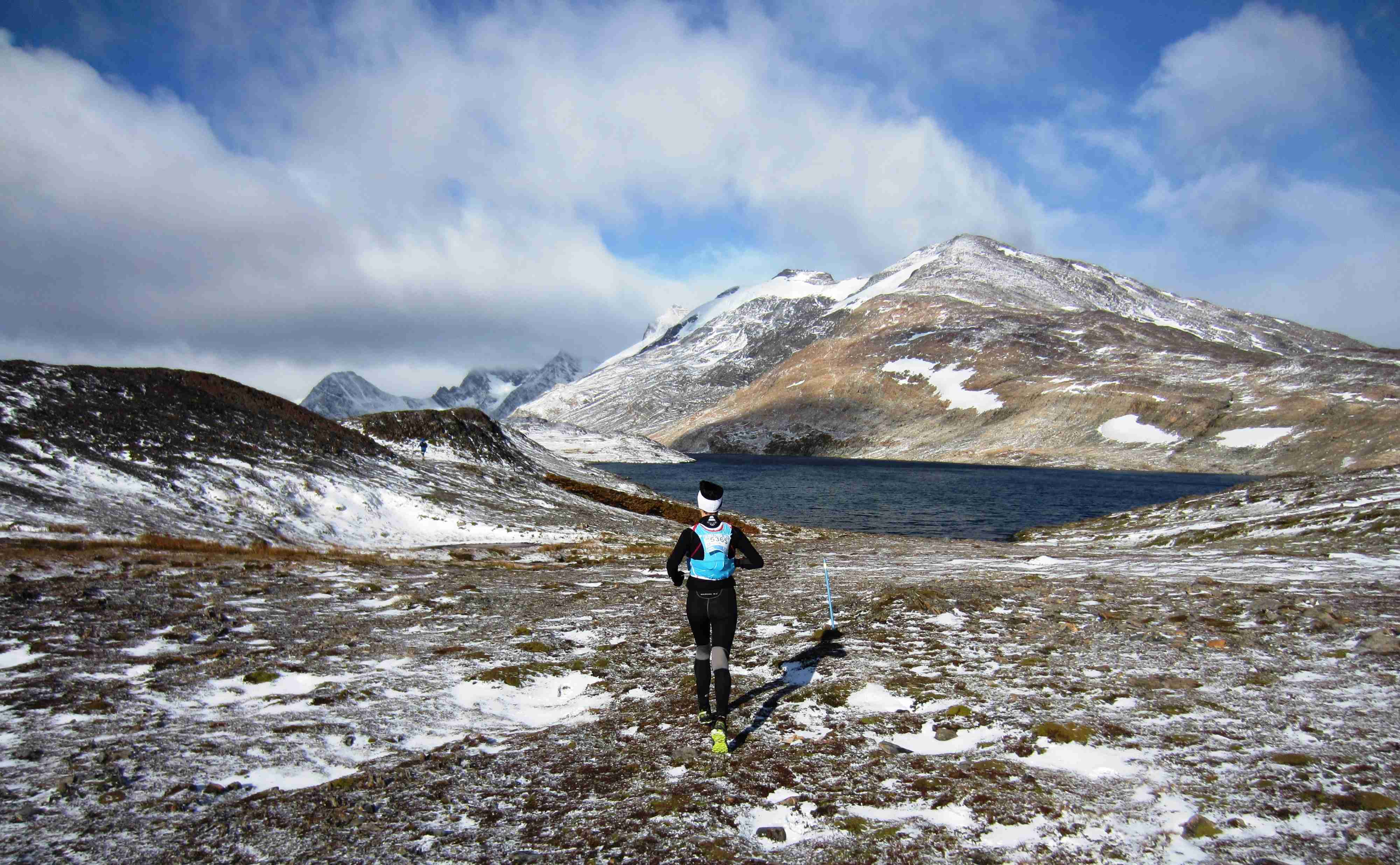 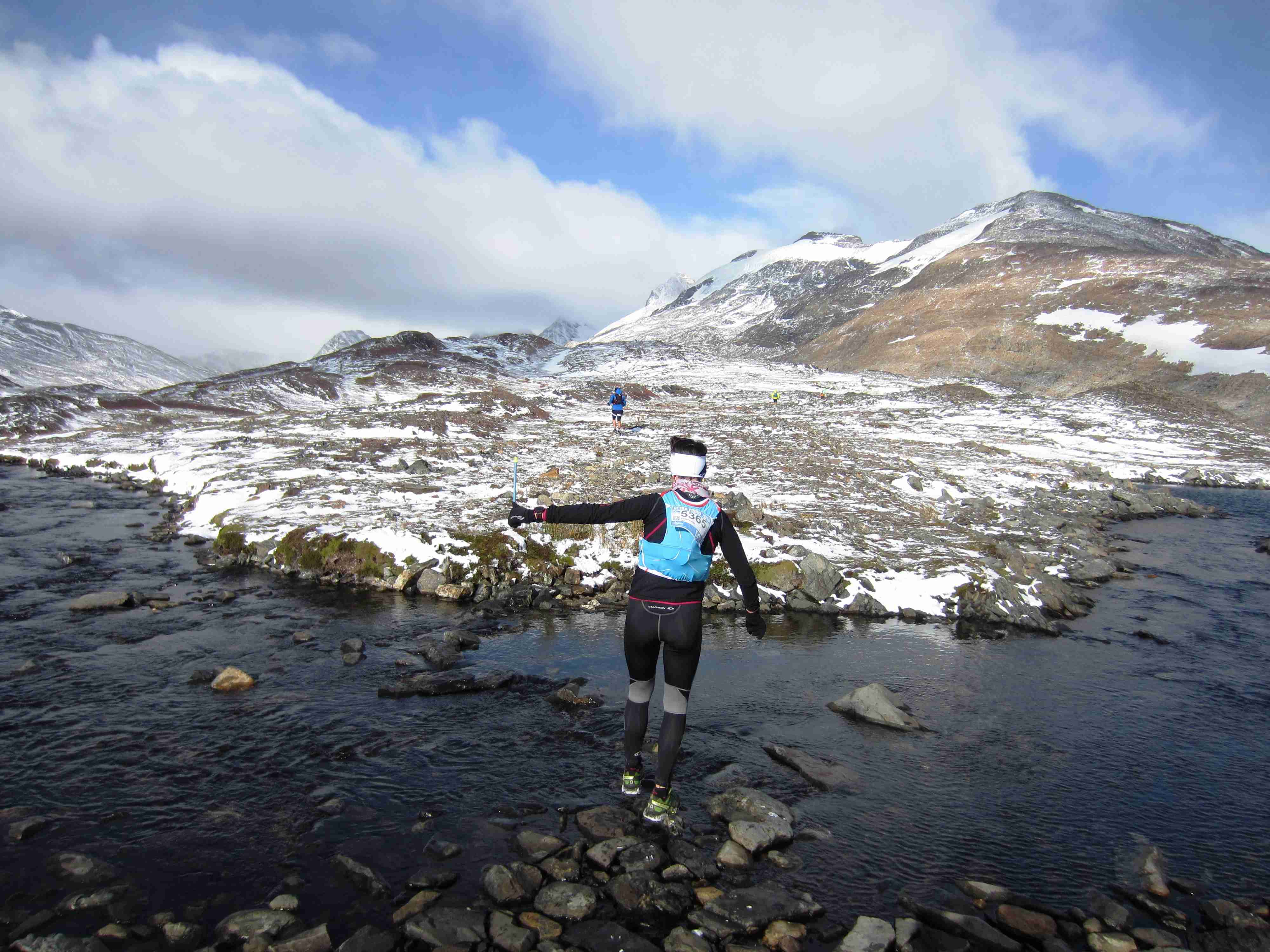 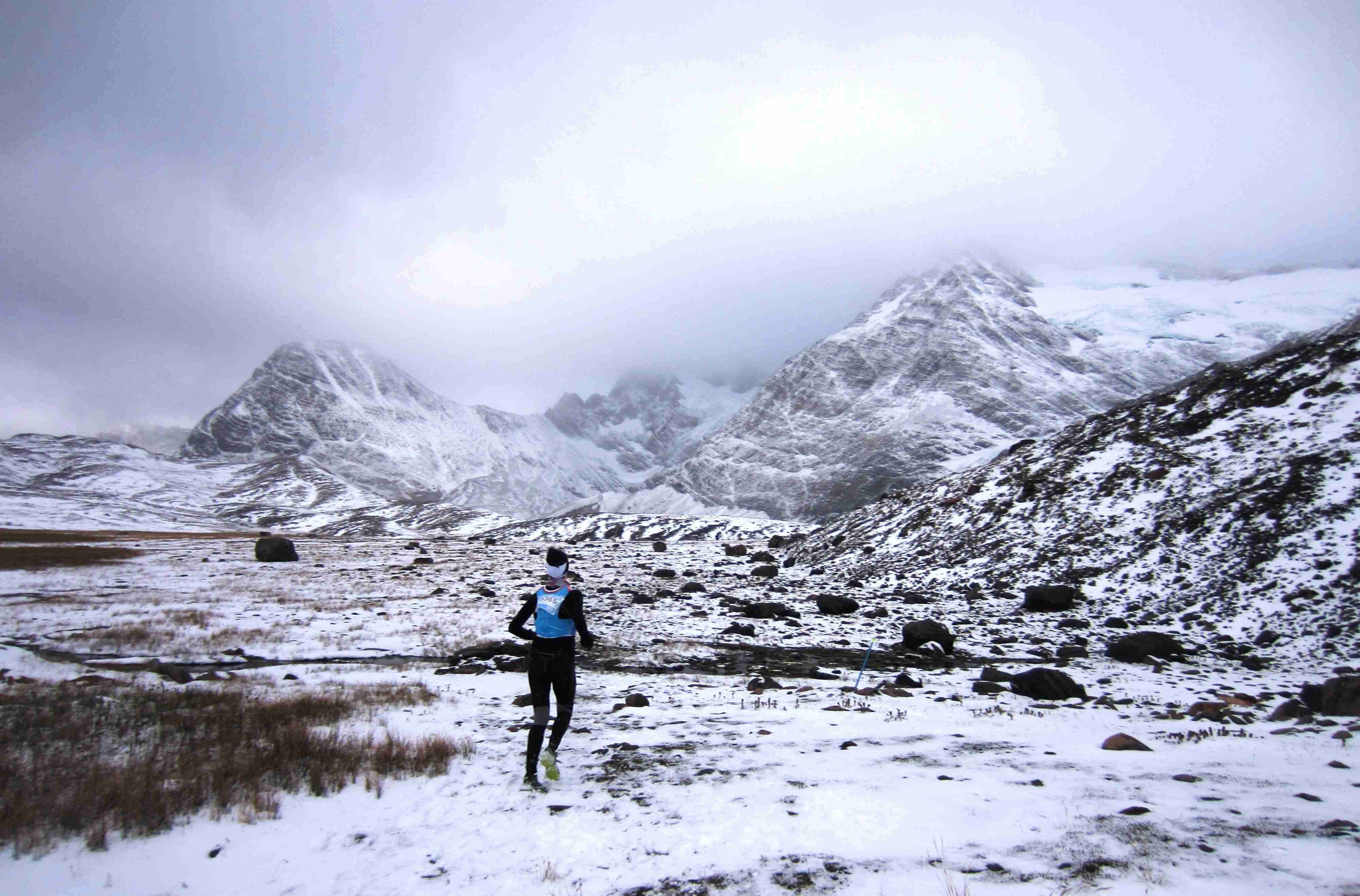 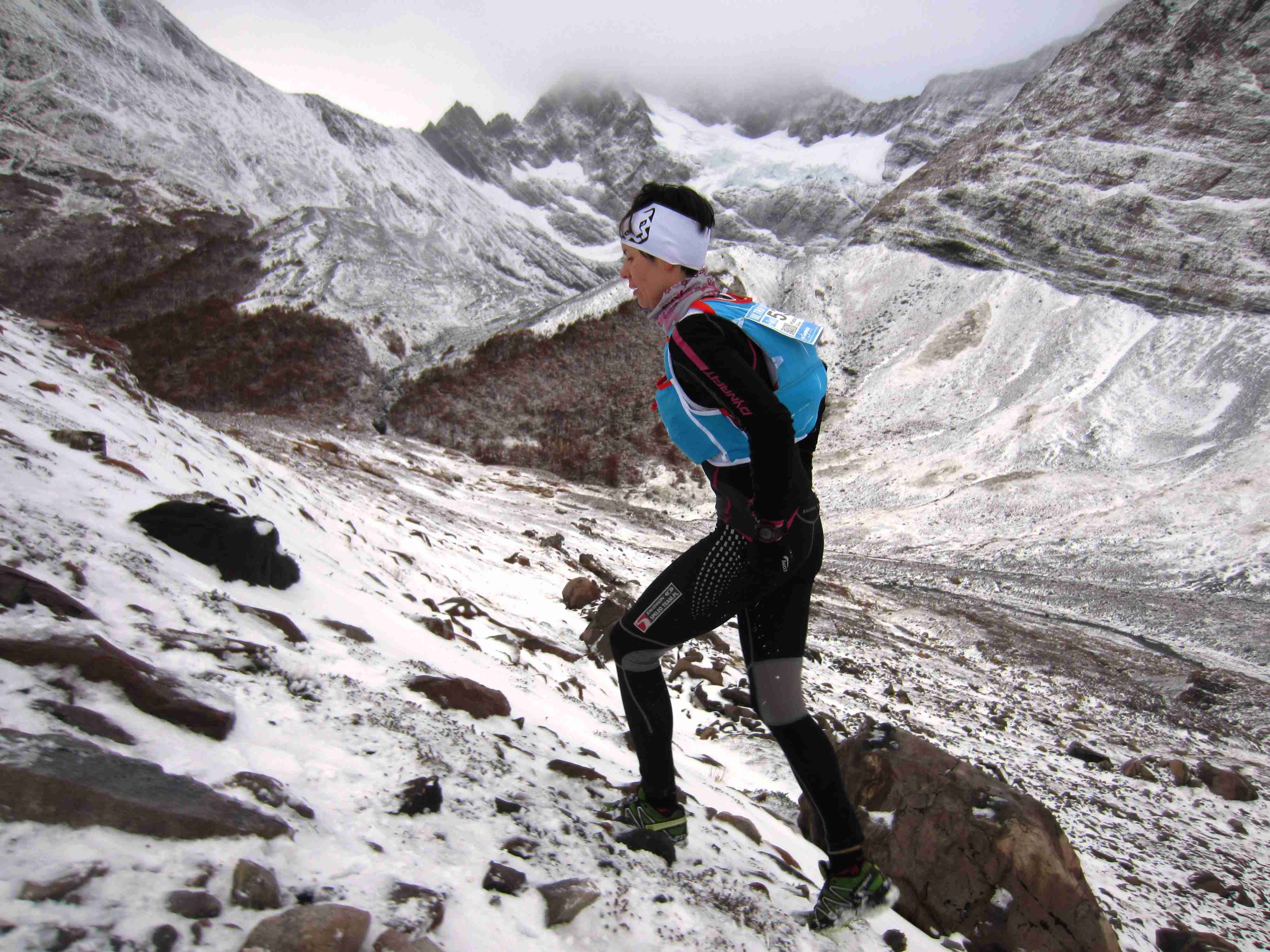 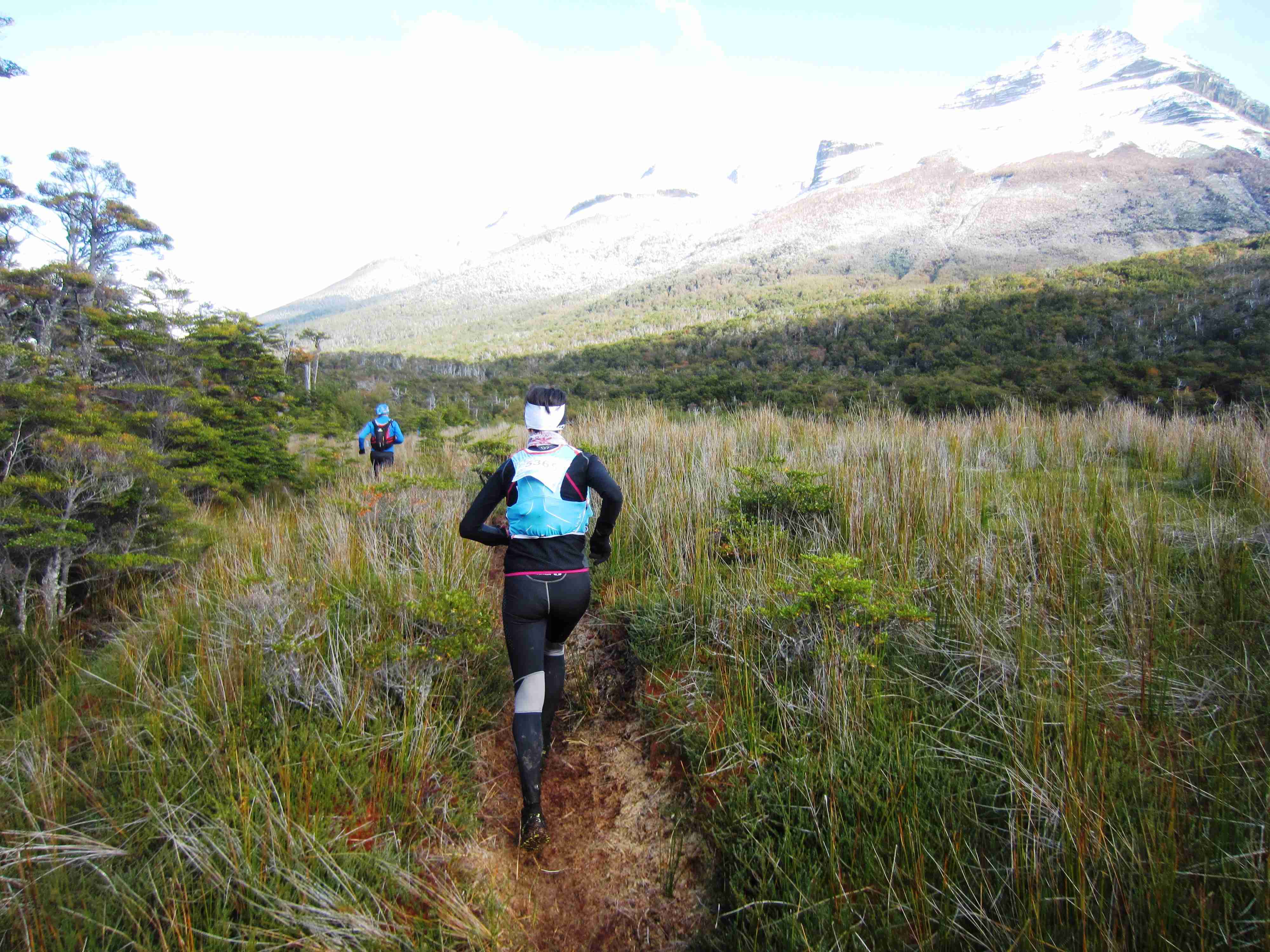 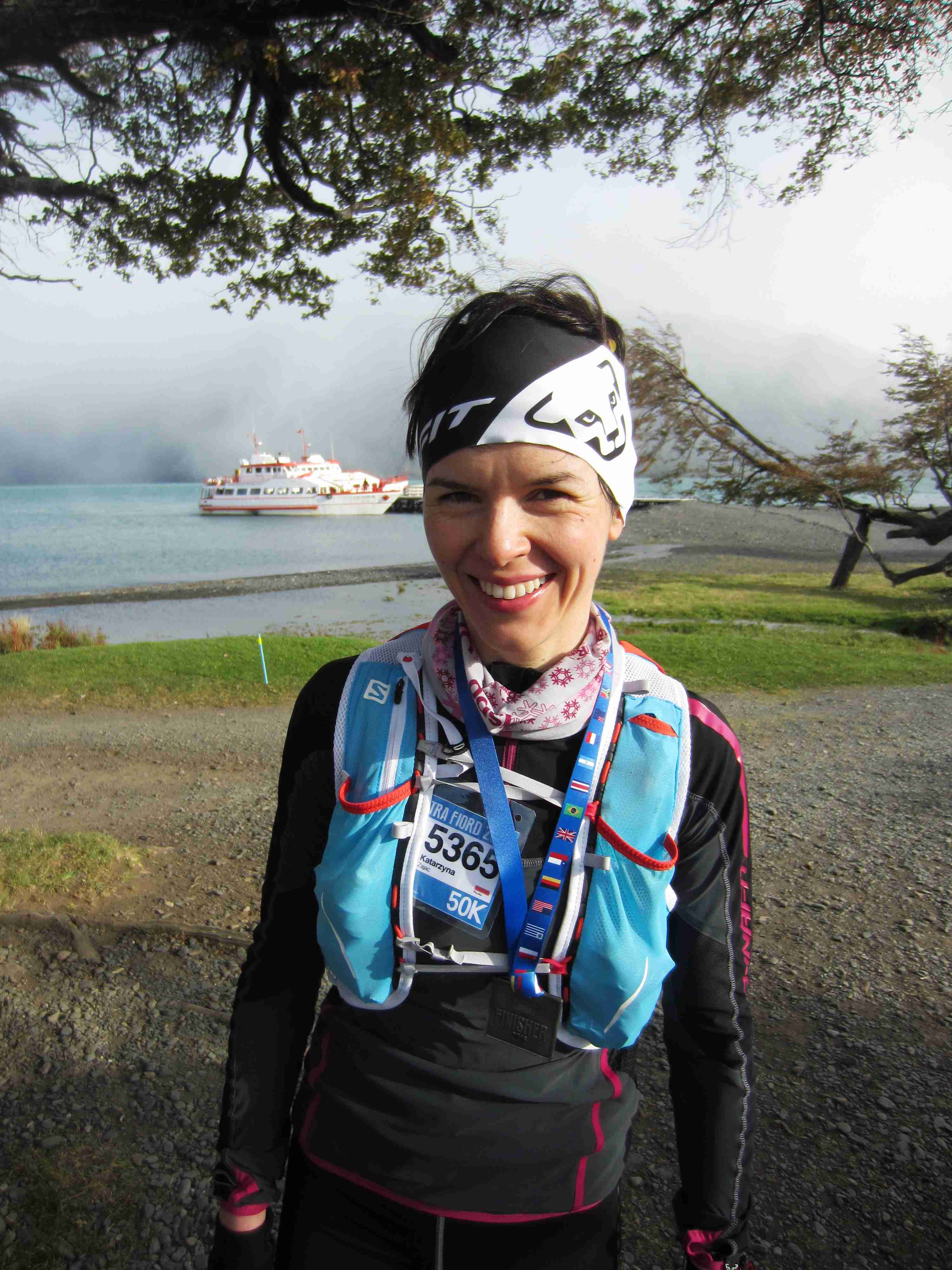